Light therapy, also called bright light therapy and phototherapy, is the practice of exposing yourself to artificial daylight. The therapy is done using a device that is specifically designed to deliver treated light.

Antidepressants like Prozac and Paxil are widely used to treat anxiety, but a much less costly alternative called bright light therapy, in which a patient sits under an artificial light for a set period of time each day, is not.

Studies have determined that light therapy to be one of the most beneficial natural remedies for a variety of psychiatric conditions. The following is a list of mental health problems that have been researched finding positive results with light therapy.

The History of Light Therapy

A number of ancient cultures believed in the value of using light as therapy, including Ancient Egypt, Greece, and Ancient Rome. Shamans and indigenous tribes including Native Americans considered the sun to be a source of spiritual and emotional health. 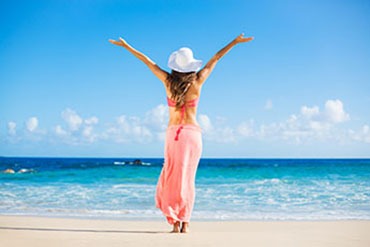 Sanskrit writings regarding Ayurvedic medicine discuss using light therapy in combination with herbal medicine. In fasting, sun exposure has been recommended for hundreds of years. The first artificial light box is thought to have been built in the late 1800s by Faroese-Danish physician Niels Ryberg Finsen.

Scientists believe that light therapy works on several different levels. If someone uses it during the morning, it can adjust any misalignments in circadian rhythm, the internal body clock. Working with the body’s natural response to light, light therapy activates the brain’s production of the neurochemicals associated with positive moods. This is why some people who don’t get sufficient sunlight feel fatigue, less motivated and a lack of energy.

While sunbathing can act in the same manner as light therapy, it is t always convenient to lay out in the sun. Most people with busy career and home lives simply don’t have the time. The answer for them is to reset and maintain their circadian rhythm with the assistance of regular light therapy sessions scheduled at specific times to maintain optimal results.

Light therapy is recommended by psychotherapists because it has been found beneficial for anxiety, depression, and other mental health problems. Additionally, it can reduce or eliminate the need for addictive medications. Research has also indicated that light therapy can increase the benefits of psychotherapy.