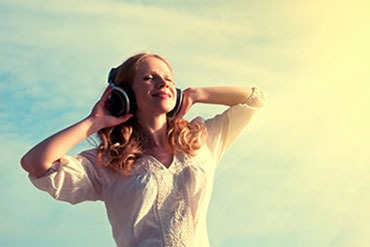 In the search for a natural anxiety remedy, I discovered auditory processing therapy programs about 15 years ago. In the course of receiving training in this area, I learned that a condition called Auditory Processing Disorder (APD) is often linked to anxiety.

Both APD and CPAD are considered umbrella terms for a variety of disorders that affect the way the brain processes auditory information. Individuals with APD usually have normal structure and function of the outer, middle and inner ear (peripheral hearing). However, they cannot process the information they hear in the same way as others do, which leads to difficulties in recognizing and interpreting sounds, especially the sounds composing speech. It is thought that these difficulties arise from dysfunction in the central nervous system. APD has been referred to as dyslexia for the ears.

Because childhood development and appropriate functioning depend upon a child’s ability to use and understand language, APD can case multiple problems. Some of the characteristics of children with APD are listed below:

The diagnosis of APD requires that other conditions be ruled out, such as autistic spectrum disorders. Information from parents, teachers and other caregivers is significant in helping professionals determine if a child has APD. Behaviors and conversation in the classroom, during school work and other typical activities can highlight APD related problems. Because such problems are caused by misunderstanding auditory information, diseases and disorders that affect hearing and language are typically considered.

APD in adults can be also defined as a deficit in the processing of auditory information, or a listening problem not explained by hearing loss. For an adult, auditory processing disorders may lead to or be associated with difficulties in higher order language, listening, reading, learning, and communication functions.

A hallmark deficit often associated with auditory processing disorder in adults — like children — is difficulty listening in the presence of background noise or reverberant environments. Other commonly reported issues in adults with APD include: 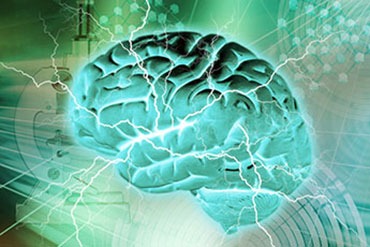 The auditory nervous system appears to become less flexible with age, meaning that processing conversation, especially with background noise can be increasingly challenging. Pinpointing the incidence and prevalence of APD in adults is complex, as there is no common definition of the disorder and there is no agreed upon test battery. In addition, it is impossible to know how many patients have presented with APD only to fail to be identified by the standard audiologic assessment.

In children, there is evidence that APD often occurs along with other specific speech and language impairments and dyslexia. If left untreated, these conditions will persist into adulthood. Research suggests that APD may also be present in some people who have ADHD, behavioral problems and autism.

Children with APD often have behavioral and emotional problems in reaction to prolonged, often chaotic interactions with others as well as from their frustrated attempts to perform tasks well and to behave appropriately. Some will experience motor co-ordination problems that interfere with the completion of daily activities and age-appropriate development.

Adults with APD have difficulty working and having relationships. People with APD often require much support and assistance from spuses and family members. This can be very stressful for both the APD sufferer and family members. Difficulties with communication create social interactions that can be confusing, conflictual and misinterpreted. These often lead to isolation, feelings of rejection, frequent discipline and conflict. Consequently, people with APD are at high risk for anxiety, depression, and low self-esteem.

In adults, auditory problems may manifest as difficulty retaining auditory information, inattentiveness, sound sensitivity, or speech/language and voice concerns. For individuals who have hearing loss, an auditory stimulation program is important to aid in improving the functional use of their hearing.

In my practice, I often recommend The Listening Program, an auditory processing therapy and memory therapy program combines brain research and the latest technologies for at-home educational and self-improvement benefits. The Listening Program can help to train the individual’s listening skills so that existing hearing may be used more efficiently and symptoms of APD reduced.