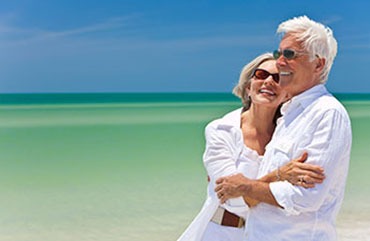 Because the stresses of health problems, losses and and other major life changes build up as we get older, we tend to become anxious. Some surveys suggest that one in five older adults suffer anxiety symptoms that require treatment.

In addition to psychological causes, medical disorders common in older adults can be directly responsible for the anxiety we feel. These include  heart disease, neurologic illness, thyroid and other hormone problems. In addition, anxiety can be a drug side effect. And seniors take a lot of medicine.

Anxiety as We Age

Aging and anxiety research examining anxiety treatment of older adults lags behind that of other mental conditions such as depression and Alzheimer’s.

Until a few years ago, anxiety disorders were believed to decline with age. That’s because older patients are less likely to report psychiatric symptoms and more likely to emphasize their physical complaints. Research has suggested that anxiety may affect twice as many older adults as depression.

Complications Found in Aging and Anxiety

Recognizing an anxiety disorder in an older adult can be challenging. Aging brings a higher prevalence of medical conditions, concern about physical problems, and a greater use of prescription medications.

Some symptoms of anxiety may include headaches, back pain, or a rapid heartbeat. As a result, separating a medical condition from symptoms of an anxiety disorder is more complicated.

Diagnosing anxiety in people with dementia can be difficult, too. Impaired memory may be interpreted as a sign of anxiety or dementia, and fears may be excessive or realistic. 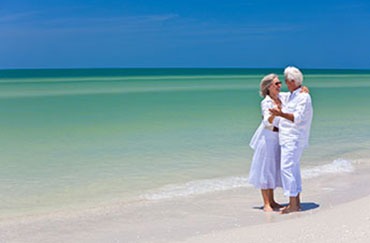 Older adults are often reluctant to report symptoms of anxiety because they grew up in a time when mental illness was stigmatized. Also, they often face the loss of friends and relatives, decreased mobility, greater isolation, and other increasingly stressful situations. To help identify anxiety, it may be useful to phrase questions in the following way:

To identify how and when physical symptoms began:

Anxiety disorders in the elderly population are real and treatable, just as they are in younger people. Another commonality between old and young is the high incidence of depression with anxiety. Research into aging and anxiety has found that depression and anxiety go together in the elderly, as they do in the young, with almost half of those with major depression also meeting the criteria for anxiety and about one-quarter of those with anxiety meeting criteria for major depression. As with younger persons, being a woman and having less formal education are risk factors for anxiety in older adults.

Two common forms of psychotherapy utilized for treatment of anxiety disorders are behavioral and cognitive therapy: in cognitive therapy, the therapist helps the patient to adapt his or her problematic thought patterns into those which are healthier. For example, the therapist might help someone with panic disorder to prevent panic attacks by teaching him or her how to mentally re-approach anxiety-inducing situations.