Depression and anxiety are different conditions, but they commonly occur together. They also have similar treatments. Feeling down or having the blues now and then is normal.

Everyone feels anxious from time to time — it’s a normal response to stressful situations. But severe or ongoing feelings of anxiety and depression can be a sign of an underlying mental health disorder.

Although no one knows exactly why, a great number of people who receive therapy for depression also receive anxiety treatment. Over 60 percent of people with major depression have varying levels of anxious feelings and behavior.

In one study, 85 percent of those with major depression were also diagnosed with generalized anxiety disorder while 35 percent had symptoms of a panic disorder. Part of the reason that anxiety and depression go together is because if someone is depressed for a long enough period of time, he or she will tend to become anxious. Conversely, someone who has anxiety for a extended length of time, will most likely experience some degree of depression.

Other anxiety disorders experienced by people with depression include obsessive-compulsive disorder (OCD) and post-traumatic stress disorder (PTSD). Because they so often go hand in hand, anxiety and depression have been called the “fraternal twins” of mood disorders.

Signs and Symptoms of Anxiety and Depression

Experiencing both anxiety and depression can pose a tremendous challenge. Clinicians have observed that when depression occurs with anxiety, the symptoms of both the depression and anxiety are usually more severe compared to when those disorders occur independently.

Additionally, the symptoms of the depression take longer to resolve when anxiety is present, making the illness more chronic and more resistant to treatment.

Depression exacerbated by anxiety to the point that people with both have a much higher suicide rate than those with anxiety alone. In one study, 92 percent of depressed patients who had attempted suicide were also plagued by severe anxiety.

Medications for Anxiety and Depression 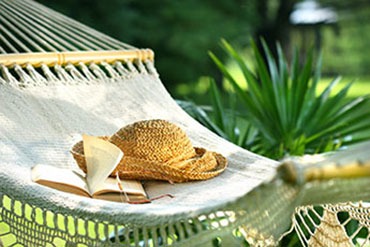 While medications help some people with anxiety and depression, one of the major side-effects can be anxiety. The medications most often used to treat anxiety are a class of drugs known as benzodiazepines (also called “minor tranquilizers”). These include Xanax, Ativan and Klonopin.

The main problem with these substances is their potential for tolerance, physical dependence, and the likely recurrence of panic and anxiety symptoms when the medication is stopped. Hence, they are best used for treating short-term anxiety and panic.

Therapy for Anxiety and Depression

Because anxiety is so often associated with depressive disorders, it is essential to treat the underlying depression along with the anxiety disorder. When the anxiety is healed, symptoms of anxiety often diminish.

Cognitive-behavioral therapy (CBT), a type of psychotherapy, has been found to be particularly useful in treating both depression and anxiety. CBT helps alter anxious self-talk and mistaken beliefs that give the body anxiety-producing messages.

Overcoming negative self-talk involves creating positive counterstatements. What often underlies our negative self-talk is a set of negative beliefs about ourselves and the world. Replacing these beliefs with empowering truths can help to heal the roots of both depression and anxiety.